A city to discover

A town of art that remains suspended between the Middle Ages and the Renaissance, the main city of the Eastern Veneto and very near to so many historical, cultural, environmental and wine-and-food itineraries, Portogruaro is nowadays the most Venetian town of the Adriatic inland.

Only one river, the Lemene, flows through the town. However thanks to its numerous branches, it intensifies the “Venetianess” that is in the air, which can be interpreted by the triple lancet windows of palaces, the arches of porticoes and the smooth architectural lines.

Originally as a port along the Lemene River and named after this facility, the town of Portogruaro became part of the Venetian territories in 1420 and acquired commercial significance.

The town is still characterized by corticoed streets and enhanced by numerous small buildings with beautifully decorated façades.

Very characteristic and interesting places to visit are the following: The Duomo di Sant’Andrea(the cathedral of Sant’Andrea), with a leaning bell tower and inside paintings of Palma il Giovane and Pomponio Amalteo; the Antica Pescheria, where the port was located once and there was the fish market. A few steps from the latter, the two vecchi Mulini (old mills) and the Ponte di Sant’Andrea (the bridge of Sant’Andrea) of 1554 are found. Besides, do not forget the Palazzo Marzotto, nowadays the Villa Comunale with its park. The Museo Paleontologico Gortani(Museum of Palaeontology “Michele Gortani”) that exhibits fossils of the Prealps and the Museo nazionale Concordiese where finds of archaeological excavations performed in the territory of the close Roman town “Concordia Sagittaria” are exhibited. Other significant places are Corso Martiri della Libertà, the main street of Portogruaro, the ancient Venetian street of the Merceria; Piazza della Repubblica where the solemn Palazzo della Loggia stands, a solid Gothic building made of brick, embellished by battlements and nowadays the seat of the town hall; Vera da Pozzo which dates back to 1494 where two bronze cranes seat on its edges, the symbol of the city. 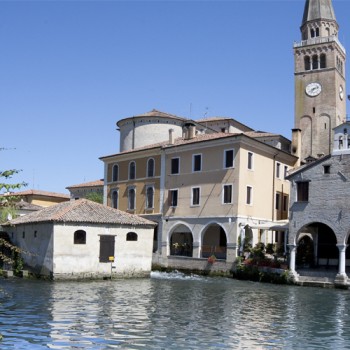 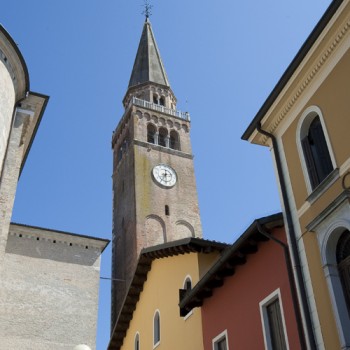 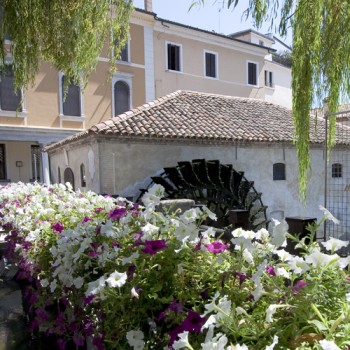 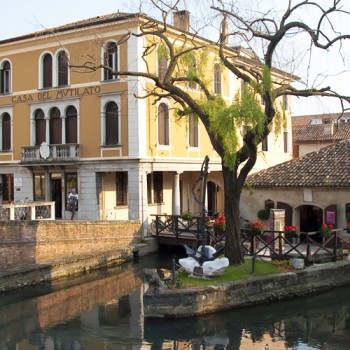 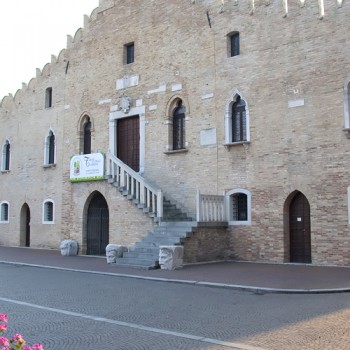